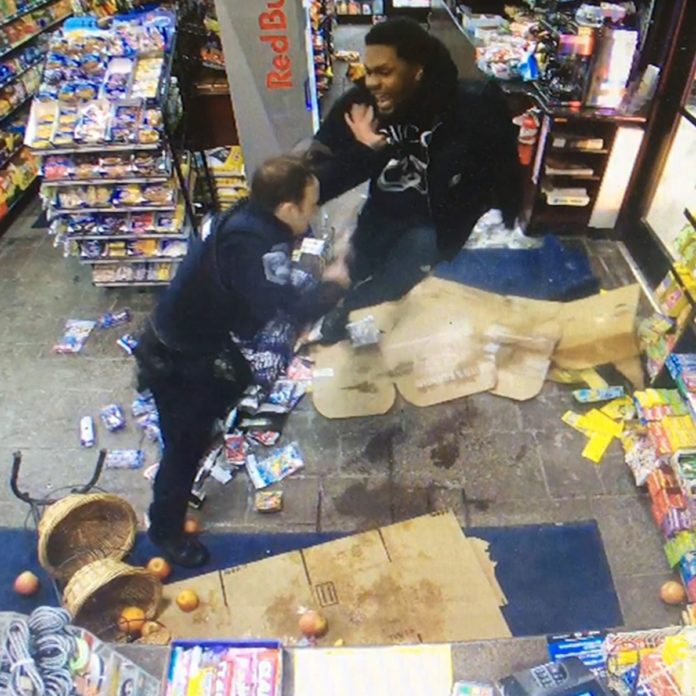 A routine traffic stop turned into a violent war inside of a gas station … with NFL player Malik McDowell fighting a police officer after being hit with a taser.

The confrontation started over an alleged traffic violation on February 18.

The free agent, who was drafted by the Seattle Seahawks in 2017, was charged with simple assault of a peace officer, operating while under the influence, obstructing justice and driving with a suspended license.