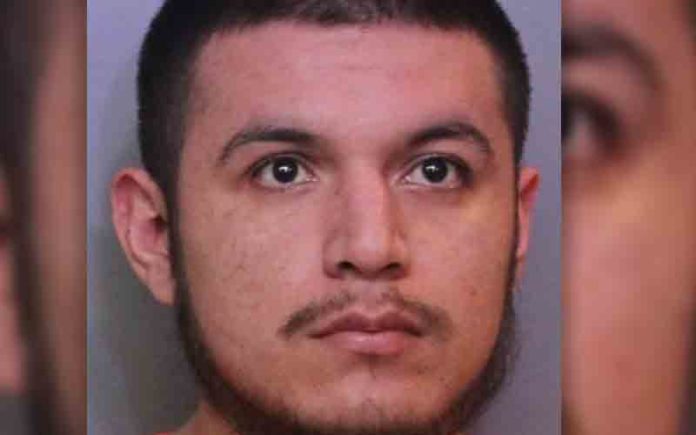 POLK COUNTY, Florida – A Mulberry man was shot and killed in his backyard Sunday evening, January 16, 2022, the suspect then turned the gun on himself a short time later, causing critical injury.

Deputies from the Polk County Sheriff’s Office responded to the scene on Bailey Road in an unincorporated area of Mulberry at about 9:16 PM following a reported shooting.

A K-9 unit searched for the suspect and located him about a half-mile away; he was unresponsive with an apparent self-inflicted gunshot wound in his head, and in possession of a handgun. He was transported to a local hospital on life support.

The suspect was identified as 27-year old Edward Flores. According to Flores’ mother, her son has been staying with her and had a drug problem. She said he had been drinking alcohol and appeared to be high when he left the house that night, just before the murder.

Flores’ mother owns the residence where Mr. Toribio has lived.

“Our victim and the suspect were friends. The victim is a roofer and a part-time minister. In fact, he has repeatedly tried to help the suspect and has prayed with him in regards to the suspect’s drug problem,” said Sheriff Grady Judd.

PCSO Homicide detectives spoke with a witness who was with the victim at the time of the murder.

The witness said he and the victim had just returned from the store and found that all of the circuit breakers had been shut off.

As the two were standing in the kitchen, Flores appeared in the doorway of the back porch, pointed a gun at them and ordered them both into the backyard.

Once in the yard, Flores asked, “What did you guys do?” The victim answered that they had just returned from the store and then his cell phone rang. Flores took the phone from him.

The witness said that the victim told Flores that he had no problems with him (Flores) or his mother, and that is when Flores shot the victim and he fell to the ground.

The K-9 Unit located Flores less than an hour after the murder occurred.

At this time, Flores remains hospitalized on life-support.